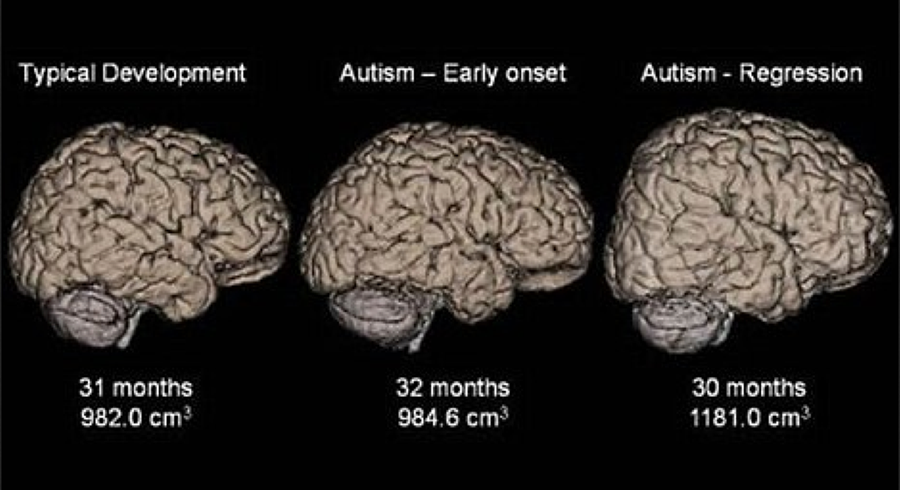 It took place over four years in the Chinese PLA Hospital in Beijing. The researchers used a special MRI technique called diffusion-tensor imaging (DTI), which allowed them to observe the location, orientation, and anisotropy of white matter tracts in the children’s brains.

Other scientists have used a similar technique to study the brains of patients with Alzheimer disease, multiple sclerosis, epilepsy, and other psychiatric disorders. The approach has led to

an improved understanding of topological organization of the brain network in patients with these disorders.

There were similarly useful results in the study of preschoolers with ASD. The researchers observed alterations of white matter in the children with ASD compared to children with TD. The scientists were able to correlate the alterations in the white matter networks with delays in verbal communication, object use, visual response, body use, and listening response.

That observation agreed with previous studies that had observed this phenomenon in adults on the autism spectrum. The researchers believe this is a reflection of a delayed maturation process in people with ASD.

“Altered brain connectivity may be a key pathophysiological feature of ASD,” study co-author Lin Ma told Science Daily. “This altered connectivity is visualized in our findings, thus providing a further step in understanding ASD. The imaging finding of those ‘targets’ may be a clue for future diagnosis and even for therapeutic intervention in preschool children with ASD.”

Medical professionals from around the world weighed in on the study.

“This discovery gives us a more objective diagnostic method by using MRIs to aid us in the diagnosis of children who do have autism, and also gives us a better understanding of the abnormal differences in the brain,” psychiatrist Dr. Matthew Lorber told HealthDay Reporter.

Doctors presently diagnose ASD through observing difficulties with social use of communication and interaction in children. A standardized MRI technique that could identify the disorder could give parents and therapists an earlier chance at intervention and treatment.

It’s still too early to rely on MRI scans for the diagnosis of autism, but the study’s results show that it’s possible. The study also provides other researchers with imaging biomarkers that may speed the development of this technology.